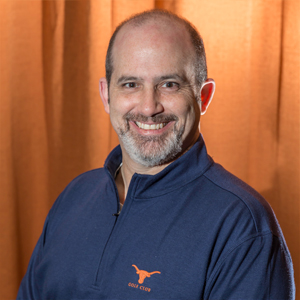 Eric was born and raised in New Orleans where he was exposed to great food and service from an early age. He graduated from the University of Missouri with a degree in Hotel and Restaurant Management and began his career working for Hilton Hotels and Adam's Mark Hotels throughout the Food & Beverage Departments. After serving in the hotel side of the business, Eric went to work for House of Blues New Orleans as Director of Venue Operations and then promoted to General Manager. Following six years with House of Blue, Eric worked for Lucky Strike Entertainment as the Regional Director of Operations overseeing five properties. Ultimately, Eric was hired by ClubCorp as the General Manager for The Texas Tech Club in Lubbock, and when the opportunity arose to move to Austin and assume the General Manager role for The University of Texas Club, he was more than happy to take on the largest Club in the division. Eric has been married to his wife Rebecca since 2000, and they have two boys: Isaac (15) and Noah (12).