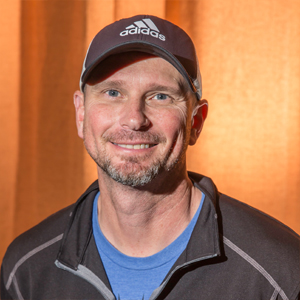 Ryan grew up in the Houston area where he began playing tennis at the age of five, and has been involved in the sport ever since. He was a Texas junior standout, achieving the #1 ranking in the state for each age division. Ryan finished his junior career ranked #4 in the country, and was one of the most highly recruited players in the United States his senior year in high school. Ryan received a scholarship to the University of Notre Dame, where as a freshman, he lead the Irish to a sweet 16 appearance in the NCAA tournament. That same year, he was named the Freshman of the Year for his region. He finished his collegiate career ranked as high as #12 in the NCAA, and earned a Business/Marketing degree during his four years. Ryan has been involved in teaching tennis in the Austin area for the past 14 years, and has been very successful in building programs for adult and junior players. During his teaching tenure in the Austin area, he has served as the Head Pro at Austin Country Club and Riverplace Country Club. Most recently, Ryan was the High Performance Academy Director at the Polo Club in Dripping Springs, where he helped to develop many of the top ranked junior players in the area. Of the players he worked with, 6 went on to receive college scholarships. Ryan will bring a tremendous amount of experience and enthusiasm to our operation at the UT Tennis Club, and we look forward to him joining our team.