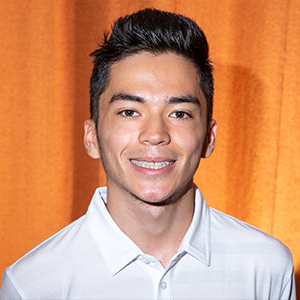 Born and raised in Philadelphia, Sean has been playing tennis since the age of 5. He was one of the top Juniors in the area, reaching the #1 ranking in Pennsylvania in multiple age divisions, as well as the #2 ranking in the Middle States section. Sean also competed in national tournaments where he ranked inside the top 100 across several age divisions. He attended Lower Merion High School where he was apart of two Pennsylvania State Championship teams, in which he played Line 1 singles and was named team captain both junior and senior year. During his junior career, Sean received multiple UTSA sportmanship awards for his character on and off the court. He developed a love for teaching on the side as he participated in volunteer tennis coaching for inner city youth at the Legacy Youth Tennis and Education facility in Philadelphia. Despite interest from several Division 1 programs, Sean has chosen to pursue the start of his official coaching career and for the time being, a break in his competitive career. Sean will be a young and positive addition for the UT Tennis Club and we are excited for him to join the team.