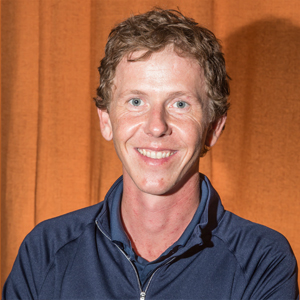 Jérémie came to Austin from his native France in 2017 and learned to say y’all and howdy and quickly befriended a few hundred golfers and instructors and managers, all of whom were charmed by his smile and accent, not to mention his deep knowledge of the game. As he launched his PGA career, Jérémie got his feet wet at Barton Creek, then worked as an assistant golf professional at Flintrock Falls at the Hills. When the chance came to join the University of Texas Golf Club, he went straight for the flag, knowing his father, a UT alumni and golfer, would expect nothing less. Jérémie got his start in golf at an early age and hasn’t let up since, landing his first job in the business as an assistant at the reknowed Château de Vigiers course in France. Now he has his sights set on honing his skills as a top-notch instructor, course manager and club fitter. Jérémie proudly leads the fourth generation of golfers in his family, which would make his great-grandfather, who broke 90 on his 90th birthday, downright proud.

Copyright ©2020 by University of Texas Golf Club. All Rights Reserved.  Private Golf Club sites by MembersFirst  |  Terms of Use  |  Privacy  |  Request My Information