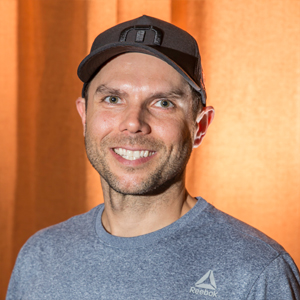 Originally from southern Indiana, Cody comes to us via Houston and brings an abundance of experience to the club, with 30 years of playing experience and over 8 years of teaching experience. As a junior player, Cody attained a Top 10 national ranking in singles and was ranked as high as #2 in the country in doubles. In 1997, he was a doubles finalist at the prestigious U.S. National Hard Courts in Kalamazoo, MI. After juniors, Cody went on to have an exceptional collegiate career at the University of Louisville where he played #1 singles and #1 doubles and was also team captain. He was named First-Team All-Conference twice and achieved a Division 1 national collegiate ranking of Top 50 in Singles, and Top 10 in Doubles. In 2004, Cody turned pro and played full time on tour, mostly at the futures and challenger level. He achieved an ATP world ranking of top 1000 in Singles and top 550 in Doubles. Cody won 4 professional doubles titles at the Futures level and was a finalist of a Challenger level tournament in California. After his playing days were over, Cody's passion turned to coaching. He spent two years as an assistant coach for the University of Louisville men's tennis team. After his stint there, Cody moved to Houston where he worked for the Houston Tennis Academy, where he coached many highly ranked junior players and helped several earn scholarships to play Division 1 tennis. Cody then cofounded Champion Tennis Academy at Raveneaux Country Club in Houston, where he spent the last 3 years as the director before moving to Austin. Cody has a degree in Sociology from the University of Louisville. When not on the court, he enjoys golfing, fishing, and spending time with his wife Tara and dog Buster.